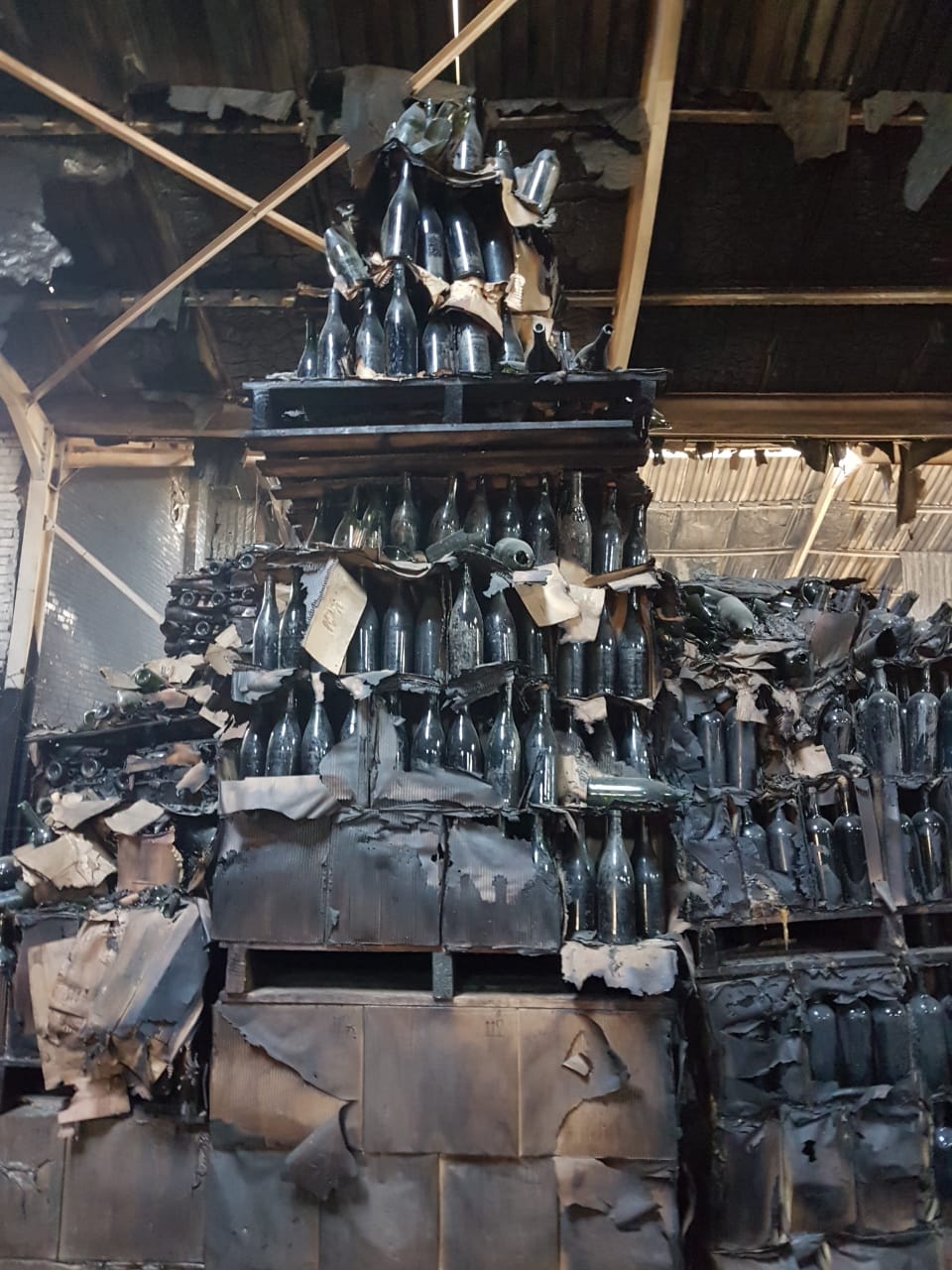 As many of you know, the end of 2018 was a tough one for us when a warehouse fire robbed us of the majority of our stock, and the last 3 years of hard work and beautiful wines. This event forced us to stop all sales of our wine on the market, and start to rethink how to move forward with Nativo in the near future.

While we still don’t know exactly what caused the fire – except that it was likely caused by an electrical issue – the suspicions surrounding the three identical fires that occurred in wine warehouses in Stellenbosch in the second-half of last year is keeping us on our toes and the intrigue is running high. The 6000 bottles of Red 2017 that survived have been moved to another location for now. As of November, the label designing was well underway, and the Nativo Red Blend 2017 should be labelled by the end of January and ready for sale. Yay!

Mid-January is going to be an exciting time as we bottle the 2018 Nativo Blends. After the loss we suffered, it is going to be a incredibly meaningful and symbolic experience of trying to pay homage to wines we lost, while creating new wines that will allow us to move forward. Our winemaker Lieze says

I’m very happy with the 2018 – concentrated flavour, still very young with grippy tannin, but quite elegant and complex

She is confident the tannins will settle with some time and, knowing our wines over the last few years, we believe they will too, so we are very excited about the flavour potential of these young wines.

On top of this, there is the excitement of the fact that I will be returning to Cape Town on the 15th of January, just in time for the bottling! After a year in Argentina, while I will miss it terribly, I can say I am officially homesick. But more seriously, I have only drank about 4 glasses of Nativo this whole year! Needless to say, I am really excited to be coming home, and have so many exciting projects planned for the coming year. So, I look forward to seeing more of you at tastings and events, and in your restaurants and wines stores when I come to visit you.

In 2017, we attempted to drill our own borehole, but unfortunately didn’t find any water after drilling to 192 meters! Yikes! The frustrating thing about boreholes in areas like ours is that you can find no water in one place, but be successful just a few meters to the left or right. So, we hope to try again soon, but for the last year and a half we have been getting water from a neighbour’s borehole and have been watering manually using Billy’s creative “Harvest-crate method”, and then “Furrow method” (see video below). The furrows have been greatly successful, distributing the water evenly along the rows. You can watch our video of the harvest-crate irrigation on Facebook. The watering combined with the increased rainfall over the last year has meant the vines are happy, and we think the harvest will be a good one.

As the year commences and we put the tough stuff behind us, we would just like to say a big thank you to all the people who were so supportive. We received so many kind words over social media and e-mail after the fire in October, and it made us realise what a truly great Nativo community we have. We look forward to sharing this surely exciting 2019 year with you. Happy New Year!